Neuralink is one of the trending topics under the umbrella of Elon Musk’s collective conglomerates. The company plans to roll out the chip as fast as they can, and there is nothing that can stop the brain chip project, as it is being developed at the moment. With that said, many questions arise along with the growing anticipation of the brain ship’s launch. So, can Neuralink create superhumans in the future?

Is Merging of AI and Human Life Possible with Neuralink Brain Chip? 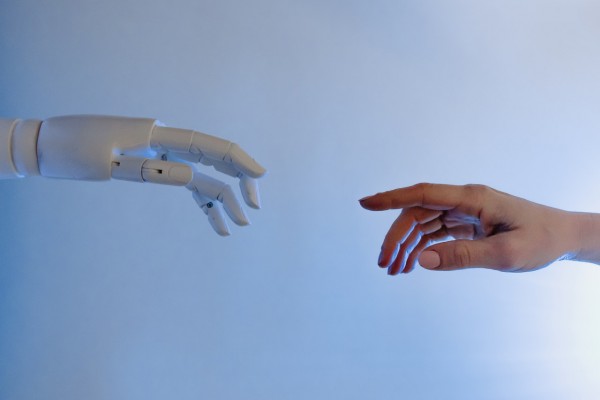 Merging AI technology with a biological, functioning brain is quite suspicious, but using AI to assist the brain is possible. Elon Musk has already demonstrated the potential of AI assistance while proving hecklers wrong through a series of live, harmless experiments that are currently available online. Among the observations include the demon of Neuralink implants to pigs.ADVERTISINGabout:blank

With the help of Gertrude, the pig, the real-time connection between her brain and snout was seen visually. But this demonstration was a simple introduction to the Neuralink brain chip. To recruit more people for the project, Elon Musk intended to announce Gertrude’s 2-month implant publicly, informing the world that the chip is working, effective, and is continuously undergoing developments on programs and design.

The Neuralink monkey experiment was among the breathtaking achievements of the fully implantable brain-machine interface, also known as BMI. With the Neuralink chip installed, the monkey was able to predict the next bounce of the virtual ball and control the tennis paddle just by looking on the screen.

Elon Musk’s presentations of the BMI chip have harvested more interest and supplemental questions from both the science community and the citizens, but the Neuralink CEO did not falter to answer most of the essential queries concerning the future of AI and the potential development of superhumans.

According to IEEE Spectrum, there is a lot to tackle based on the seemingly fluctuating responses of Elon Musk with regards to the Neuralink chip’s merging of AI and the human brain. On the flip side, Elon Musk clearly states his progress and goals with the BMI chip implant.

ALSO READ: Silver and Zinc Oxide’s Ability to Penetrate the Blood Brain Barrier Dictated by Its Form and Shape

Earlier this year, Elon Musk went on an interview with Joe Rogan, saying that people will stop communicating the traditional way. Elon Musk added that the Neuralink chip might end language in an estimate of 10 years from now. Though experts and enthusiasts want a statement on AI-powered superhumans, Elon Musk did not mention anything about merging artificial intelligence with biological life.

Elon Musk’s developments, including Neuralink, SpaceX, and Starlink, are at the height of innovating technologies that were never seen before, but the tech giant is not showing any interest yet at fusing binary-circulated programs with life itself.

Neuralink’s brain chip project is far from AI fantasies and speculation. The key interest of Elon Musk’s brain chip implantation was to help various individuals with different neurological disorders. The BMI chips are being developed to provide assistance and potential treatments to a growing population of patients with Alzheimer’s disease, severe spinal cord complications, and dementia. Once the Neuralink chip development is complete and approved by the medical experts, it would be a great contribution to the few neurological solutions in our history.about:blank

Check out more news and information on Neurology in Science Times.