One-hit wonder? Revolutionary CRISPR machine can edit hundreds of genes at once 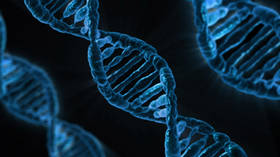 The revolutionary CRISPR gene editing machine has undergone an incredible upgrade to edit “dozens or even hundreds of genes” at once, allowing scientists to reprogram entire gene networks in one fell swoop.

Previously, in the best case scenario, the CRISPR-Cas technique could only modify a handful of genes simultaneously and usually it could only manage one at a time. However, new researchopens up a world of possibilities for scientists to change cells on a much larger scale.

“Our method enables us, for the first time, to systematically modify entire gene networks in a single step,” says the study’s author Randall Platt, from ETH Zurich in Switzerland. “Thanks to this new tool, we and other scientists can now achieve what we could only dream of doing in the past.” 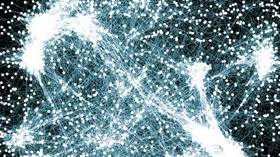 Each dot represents a gene and each line the functional interaction between distinct genes. © ETH Zurich / Carlo Cosimo Campa

The new method can hit 25 targets within genes at once, with the ability to hit hundreds more. It means instead of the time-consuming system of making one edit at a time, scientists can do more widespread alterations.

The team behind the study does concede, however, that more edited genes mean a higher risk of unexpected secondary changes, like mutations or genetic damage. “Future work overcoming these limitations will open up numerous applications for highly multiplexed genome engineering,” reads the paper, published in Nature Methods.

ALSO ON RT.COMGene-edited Chinese CRISPR babies may have mental ‘superpowers’, researchers warnGene editing is a relatively new technology that allows scientists to rewrite DNA by correcting ‘bad’ genes, like genetic disorders, or adding new ones. It has been used to treat children that were predisposed to serious genetic illnesses or incurable cancers, as well as HIV patients.

The Crispr-Cas9, invented in 2012, is the leading molecular tool in gene editing. It allows doctors to zone in on a specific region of an organism’s genetic code and effectively disable a gene.