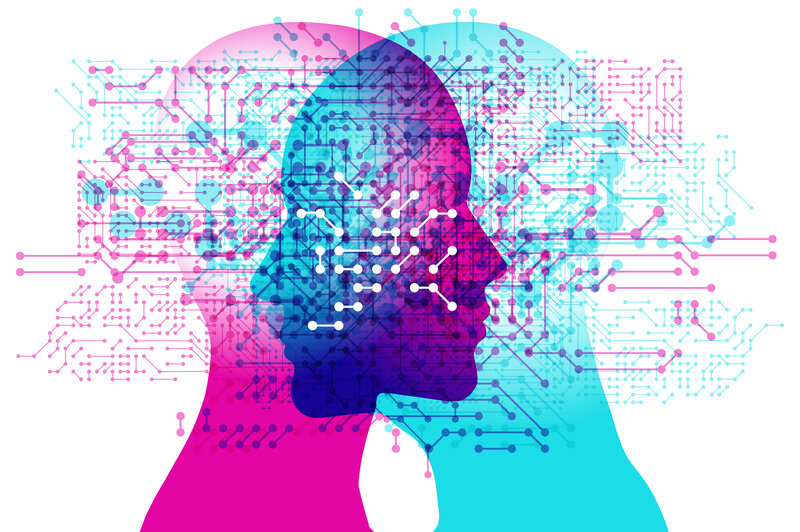 Computers use algorithms to do everything from adding up a column of figures to resizing a window.

Algorithms were around for a very long time before the public paid them any notice. The word itself is derived from the name of a 9th-century Persian mathematician, and the notion is simple enough: an algorithm is just any step-by-step procedure for accomplishing some task, from making the morning coffee to performing cardiac surgery.

Computers use algorithms for pretty much everything they do — adding up a column of figures, resizing a window, saving a file to disk. But all those things usually just happen the way they’re supposed to. We don’t have to think about what’s going on under the hood.

But algorithms got harder to ignore when they started taking over tasks that used to require human judgment — deciding which criminal defendants get bail, winnowing job applications, prioritizing stories in a news feed. All at once the media are full of disquieting headlines like “How to Manage our Algorithmic Overlords” and Is the Algorithmification of the Human Experience a Good Thing?”

Ordinary muggles may not know exactly how an algorithm works its magic, and a lot of people use the word just as a tech-inflected abracadabra. But we’re reminded every day how unreliable these algorithms can be. Ads for vitamin supplements show up in our mail feed, while wedding invitations are buried in the junk file. An appsends us off a crowded highway and lands us bumper-to-bumper in local streets.

As Artificial Intelligence Moves Into Medicine, The Human Touch Could Be A Casualty

OK — these are mostly just inconveniences. But they shake our confidence in the algorithms that are doing more important work. How can I trust Facebook’s algorithms to get hate speech right when they’ve got other algorithms telling advertisers that my interests include The Celebrity Apprentice, beauty pageants and the World Wrestling Entertainment Hall of Fame?

It’s hard to resist anthropomorphizing these algorithms — we endow them with insight and intellect, or with human frailties like bad taste and bias. Disney actually personified the algorithm literally in their 2018 animated movie Ralph Breaks the Internet, in the form of a character who has the title of Head Algorithm at a video-sharing site. She’s an imperious fashionista who recalls Meryl Streep in The Devil Wears Prada, as she sits at a desk swiping through cat videos and saying “no,” “no,” “yes.”

Tech companies tend to foster that anthropomorphic illusion when they tout their algorithms as artificial intelligence or just AI. To most people, that term evokes the efforts to create self-aware beings capable of reasoning and explaining themselves, like Commander Data of Star Trek or HAL in 2001: A Space Odyssey.

That was the aim of what computer scientists call “good old-fashioned” AI. But AI now connotes what’s called “second-wave AI” or “narrow AI.” That’s a very different project, focused on machine learning. The idea is to build systems that can mimic human behavior without having to understand it. You train an algorithm in something like the way psychologists have trained pigeons to distinguish pictures of Charlie Brown from pictures of Lucy. You give it a pile of data — posts that Facebook users have engaged with, comments that human reviewers have classified as toxic or benign, messages tagged as spam or not spam, and so on. The algorithm chews over thousands or millions of factorsuntil it can figure out for itself out how to tell the categories apart or predict which posts or videos somebody will click on. At that point you can set it loose in the world.

These algorithms can be quite adept at specific tasks. Take a very simple system I built with two colleagues some years ago that could sort out texts according to their genre. We trained an algorithm on a set of texts that were tagged as news articles, editorials, fiction, and so on, and it masticated their words and punctuation until it was pretty good at telling them apart — for instance, it figured out for itself that when a text contained an exclamation point or a question mark, it was more likely to be an editorial than news story. But it didn’t understand the texts it was processing or have any concept of the difference between an opinion and a news story, no more than those pigeons know who Charlie Brown and Lucy are.

… it’s natural to be wary of our new algorithmic overlords. They’ve gotten so good at faking intelligent behavior that it’s easy to forget that there’s really nobody home.

These algorithms are really triumphs of intelligent artifice: ingenious systems that can mindlessly simulate human judgment. Sometimes they do that all too well, when they reproduce the errors in judgment they were trained on. If you train a credit rating algorithm on historical lending data that’s infected with racial or gender bias, the algorithm is going to inherit that bias, and it won’t be easy to tell. But they can also fail in alien ways that betray an unhuman weirdness. You think of the porn filters that block flesh-colored pictures of pigs and puddings, or those notorious image recognition algorithms that were identifying black faces as gorillas.

So it’s natural to be wary of our new algorithmic overlords. They’ve gotten so good at faking intelligent behavior that it’s easy to forget that there’s really nobody home.