Skip to content
July 31, 2017 ~ brucelandonblog ~ Leave a comment
July 31, 2017 ~ brucelandonblog ~ Leave a comment
schwit1 shared an article from the BBC:Using a cheap robot, a team of hackers has cracked open a leading-brand combination safe, live on stage in Las Vegas. The team from SparkFun Electronics was able to open a SentrySafe safe in around 30 minutes… After the robot discovered the combination was 51.36.93, the safe popped open — to rapturous applause from the audience of several hundred… The robot, which cost around $200 to put together, makes use of 3D-printed parts that can be easily replaced to fit different brands of combination safe. It cannot crack a digital lock — although vulnerabilities in those systems have been exposed by other hacking teams in the past.
Though the safe had a million possible combinations using three two-digit numbers, the last number had slightly larger indents on the dial — reducing the possible combinations to just 10,000. And in addition, “the team also discovered that the safe’s design allows for a margin of error to compensate for humans getting their combination slightly wrong” — which meant that the robot only had to check every third number. “Using this method, they could cut down the number of possible combinations to around 1,000.”

“Some SentrySafe models come with an additional lock and key, but the team was able to unlock it by using a Bic pen.”

July 31, 2017 ~ brucelandonblog ~ Leave a comment
Last week, The Wall Street Journal had a big feature on Apple Campus, the big new beautiful office the company has spent north of $5 billion on. The profile, in which the reporter interviewed Apple’s design chief Jony Ive, also mentioned about an open space where all the programmers would sit and work. Ever since the profile came out, several people have expressed their concerns about the work environment for the developers. American entrepreneur and technologist Anil Dash writes:[…] There have been countless academic studies confirming the same result: Workers in open plan offices are frustrated, distracted and generally unhappy. That’s not to say there’s no place for open plan in an offices — there can be great opportunities to collaborate and connect. For teams like marketing or communications or sales, sharing a space might make a lot of sense. But for tasks that require being in a state of flow? The science is settled. The answer is clear. The door is closed on the subject. Or, well, it would be. If workers had a door to close. Now, when it comes to jobs or roles that need to be in a state of flow, programming may be the single best example of a task that benefits from not being interrupted. And Apple has some of the best coders in the world, so it’s just common sense that they should be given a great environment. That’s why it was particularly jarring to see this side note in the WSJ’s glowing article about Apple’s new headquarters: “Coders and programmers are concerned their work surroundings will be too noisy and distracting.” Usually, companies justify putting programmers into an open office plan for budget reasons. It does cost more to make enough room for every coder to have an office with a door that closes. But given that Apple’s already invested $5 billion into this new campus, complete with iPhone-influenced custom-built toilets for the space, it’s hard to believe this decision was about penny-pinching. The other possible argument for skipping private offices would be if a company didn’t know that’s what its workers would prefer.
July 31, 2017 ~ brucelandonblog ~ Leave a comment
July 31, 2017 ~ brucelandonblog ~ Leave a comment
July 31, 2017 ~ brucelandonblog ~ Leave a comment

Noam Chomsky: We’re ‘Lucky’ Trump Is a Clown—but Our Luck May Be Running Out

The linguist and philosopher says a more “charismatic” figure could be a “real danger.”

Noam Chomsky is one of America’s preeminent intellectuals.

Chomsky comments on a number of things in this in depth interview including: Democrats are putting too much emphasis on Russia’s interference in the election,  US policy in Korea ignores a Chinese/North Korean peace proposal, the Doomsday Clock ticks closer to midnight, Trump possibly pulling the US out of the new START Treaty, Blue Collar discontent, the Powell Memo, NeoLiberalism, Terrorism, Syria, Egypt, Israel/Palestine, Latin America, Fascism, Hitler, and more.

Here are a couple of excerpts:

“A major topic in academic political science is comparing popular attitudes with public policy. Pretty straightforward public policy. You can see popular attitudes, we know a lot about from extensive polling.  And the results are pretty startling. It turns out about 70% of voters (which is maybe half the electorate)  about 70% of voters are literally disenfranchised, (the lower 70% on the income scale) meaning their own representatives pay no attention to their attitudes and preferences. If you move up the income scale you get a little more correlation. A little more influence. The very top (which is probably a fraction of one percent if you could get the data) that’s where policy is set”

“How are they maintaining support of the people they are kicking in the face? That’s not uninteresting, and if you look into it there are a number of factors.”

“What happens when there is an opposition? That’s very striking. The most astonishing fact about the last election which is the Sanders achievements. That’s a break from a century of American political history. As I said you can pretty well predict electoral outcomes simply by campaign funding alone. There’s other factors that intensify it. Here comes Sanders somebody nobody ever heard of, no support from the wealthy, no support from corporations, the media ignored or disparaged him. He even used a scare word: ‘Socialist’. Came from nowhere. He would have won the Democratic Party nomination if it hadn’t been for the shenanigans of the Obama/Clinton party managers who kept him out. He might have been President. From nothing! That’s an incredible break! It shows what can happen when policies are proposed that do meet the general, just concerns of much of the population”

If there had been a charismatic figure in the United States who could mobilize the fears, anger, racism, a sense of loss of the future that belongs to us, this country could be in real danger. We’re lucky that we’ve never has been an honest charismatic figure. McCarthy was too much of a thug, you know, Nixon was too crooked, Trump I think is too much of a clown, so we’ve been lucky, but we’re not going to be lucky forever necessarily.

Though green tea isn’t wildly popular in the U.S., it’s actually one of the most consumed beverages across the globe. And the many people for whom it’s a staple may be the healthier for it, both physically and mentally. Green tea has some well-known antioxidants, namely EGCG, a catechin that’s also found in berries and apples. A new study looks at how EGCG may counter some of the deleterious effects of a fatty, high-sugar diet (i.e., a typical Western diet). The caveat is that the study was done in mice, so it’s not totally clear how the results would apply to us—but given what we know about how antioxidants function, and the overlaps between mice and humans, it’s likely that they apply to us as well. 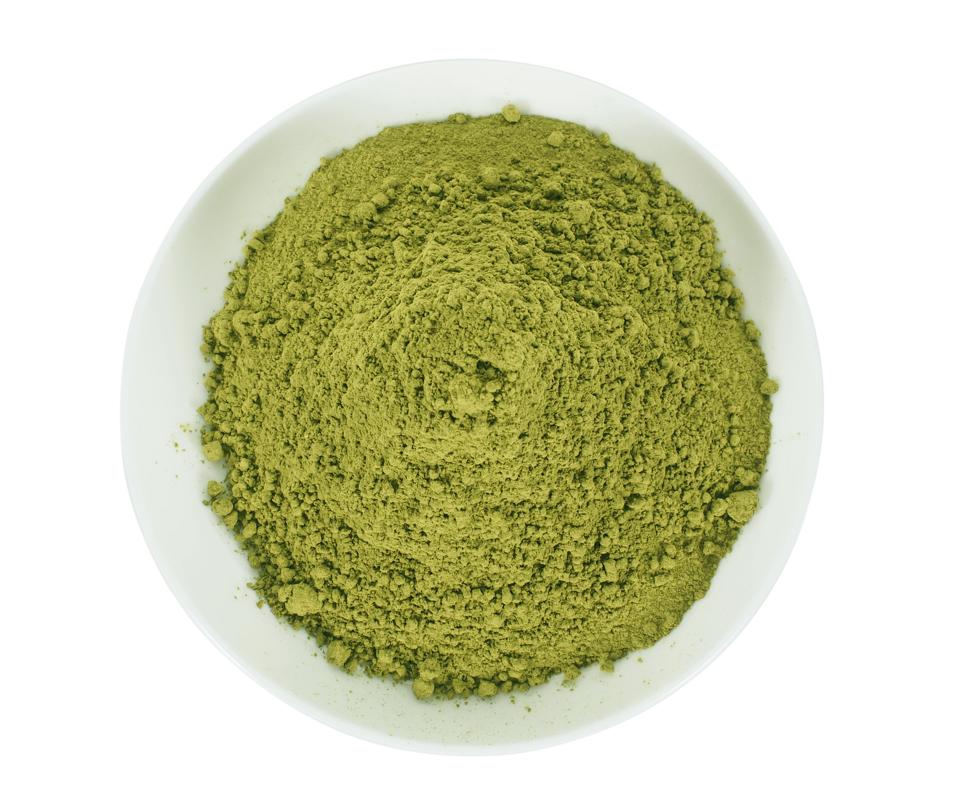 The researchers split young adult mice into three groups. One group, serving as controls, ate a standard lab chow diet and drank plain water. Another group ate a high-fat diet (with 45% of their calories coming from fat), and drank water spiked with fructose. A third group ate the same high-fat, high-sugar diet as above, but their water was additionally laced with EGCG.

At the end of 16 weeks on their respective regimens, the researchers measured mice’s body weight, insulin function, genetic expression and cognitive function.

It turned out that, as expected, the mice eating the high-fat/high-sugar diet were heavier than those eating a regular diet. But they were also significantly heavier than those who’d eaten a high-fat/high-sugar diet that was supplemented with EGCG—in other words, the addition of EGCG seemed to counter the effects of the bad diet. The ECGC-consuming mice also performed better in several ways on the Morris water maze, a classic test of cognitive and memory function in rodents.

What’s interesting about the study was that the team also illuminated some of the mechanisms behind the connection. For instance, they found that insulin function in the central nervous system was better in the EGCG-exposed mice. The compound also seemed to have a neuroprotective effect on the brain, specifically protecting new neurons in the hippocampus, the part of the brain that governs learning and memory. Finally, EGCG affected the expression of genes involved in appetite regulation, which are known to be dysregulated when an animal or person consumes a high-fat, high-sugar diet.

And the results are likely relevant to us as well, especially given the existing research on green tea consumption and human health. For example, some studies have suggested that regular green tea drinkers have a lower risk of cancer, including breast cancer. Other work has shown that serious green tea drinkers (five cups/day) had a 28% reduced risk of heart disease (interestingly, the same connection didn’t exist for black tea).

It also fits into what we know about the effects of various diets on health: For example, there’s good evidence that, in addition to weight gain and metabolic syndrome, a typically Western diet is also linked to cognitive decline and Alzheimer’s disease. On the flip side, plant-based diets like the Mediterranean diet are linked to better body weight, better cognition and reduced dementia risk—it’s likely that one of the reasons for this is the higher antioxidant content of the plant-based diet.

One caveat is that many of the existing green tea studies have been done in Asian populations, who may be eating a very different diet from people in the U.S. So there could be other variables at play, and more complex interactions at work. Therefore, the study definitely isn’t license to eat junk food in the hopes that chasing it with green tea will offset the damage. It’s more an exploration of how powerful the effects of dietary antioxidants can be.

That said, if you currently drink green tea, keep it up. And if you don’t, feel free to give it a try. Just don’t forget to do the rest of the things we know to be part of a healthy diet and lifestyle as well.

“Green tea is the second most consumed beverage in the world after water, and is grown in at least 30 countries,” said study author Xuebo Liu in a news release. “The ancient habit of drinking green tea may be a more acceptable alternative to medicine when it comes to combating obesity, insulin resistance and memory impairment.”