Nest wants your home security camera to recognize you 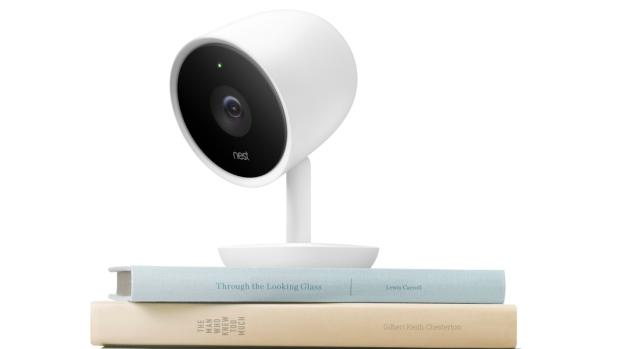 The Nest Cam IQ is seen in this handout photo. (Nest Labs)

SAN FRANCISCO — Nest Labs is adding Google’s facial recognition technology to a high-resolution home-security camera, offering a glimpse of a future in which increasingly intelligent, internet-connected computers can see and understand what’s going on in people’s homes.

The Nest Cam IQ, unveiled Wednesday, will be Nest’s first device to draw upon the same human-like skills that Google has been programming into its computers — for instance, to identify people in images via its widely used photo app. Facebook deploys similar technology to automatically recognize and recommend tags of people in photos posted on its social network.

THE COST OF FACIAL RECOGNITION

The new camera will set you back almost $300, and you’ll also have to pay $10 a month for a plan that includes facial recognition technology. The same plan will also include other features, such as alerts generated by particular sounds — barking dogs, say — that occur out of the camera’s visual range.

The camera will only identify people you select through Nest’s app for iPhones and Android devices. For instance, you could program the device to recognize a child, friend or neighbour, after which it will send you a notifications about that person being in the home. It won’t try to recognize anyone that an owner hasn’t tagged.

Even if a Nest Cam IQ video spies a burglar in a home, law enforcement officials will have to identify the suspect through their own investigation and analysis, according to Nest.

The way that the Nest and Netatmo cameras are being used doesn’t raise serious privacy concerns because they are only verifying familiar faces, not those of complete strangers, said Jennifer Lynch, who specializes in biometrics as a senior staff attorney for the Electronic Frontier Foundation, a digital advocacy group.

But Lynch believes privacy issues are bound to crop up as the resolution and zoom capabilities of home security cameras improve, and as engineers develop more sophisticated ways of identifying people even when an image is moving or only a part of a face is visible. Storing home-security videos in remote data centres also raises security concerns about the imagery being stolen by computer hackers. “It definitely could become a slippery slope,” Lynch said.

The privacy issues already are thorny enough that Nest decided against offering the facial recognition technology in Illinois, where state law forbids the collection and retention of an individual’s biometric information without prior notification and written permission from a person.

The high-end camera supplements lower-resolution indoor and outdoor cameras that Nest will continue to sell for almost $200. Neither of the lower-end cameras is equipped for facial recognition.

Nest can tap into Google’s expertise in artificial intelligence because both companies are owned by the same parent company, Alphabet Inc.